Margaritaville’s various social media feeds have alerted me to the fact that today is National Escape Day. If ever a nation needed an escape day, today is probably 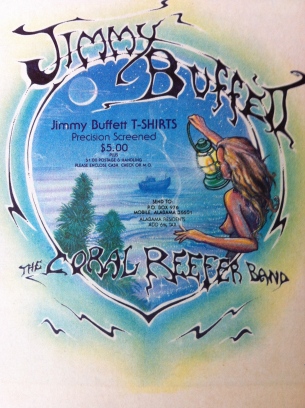 the day. Until tomorrow.

In the spirit of elsewhere and faraway, here’s a throwback all the way back to December 1976. Jimmy Buffett was interviewed in the pages of High Times and this ad appeared not far from his words.

I’m told by those who were around at the time that the exposed breast caused no small amount of controversy. One more way of signaling the gentlemen of the ocean to shore with “the goodies,” as Buffett once phrased it from stage.

As for the interview, it stands today as one of the most interesting Buffett has given in his career — and especially so with the benefit of hindsight. But you can read about that in Jimmy Buffett: A Good Life All the Way, out May 9 from Touchstone Books.