Deleted scenes: Down around Biloxi

A book is a big project. Like a movie, things get left behind. Jimmy Buffett: A Good Life All the Way began as a travel story. The book being released May 9 became a more traditionally structured story of a man and his song, and how they’re inextricably intertwined. But the road was fun. Here’s a deleted scene from Biloxi. 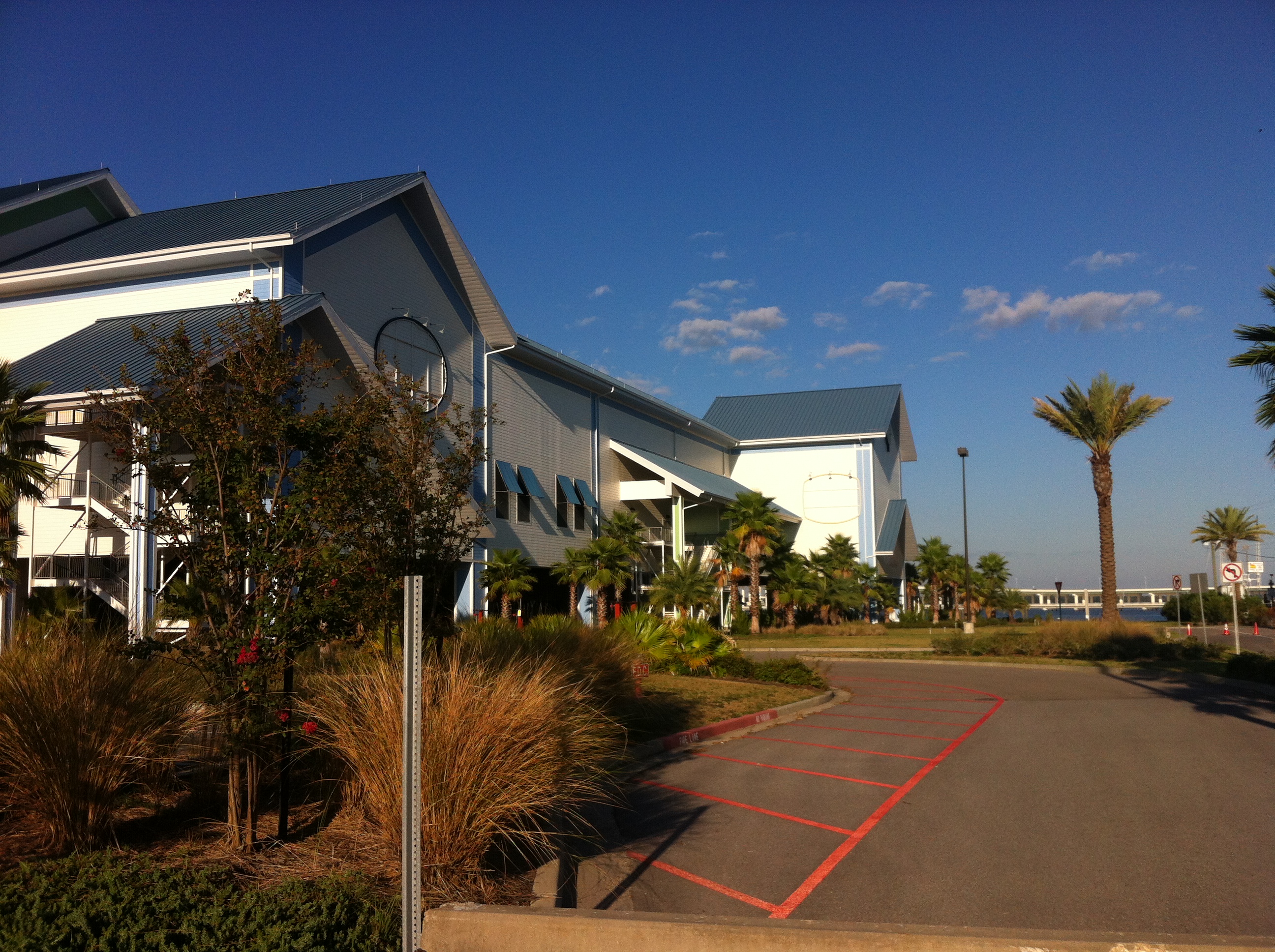 BILOXI, Miss., Sept. 2015 — Despite spotting the Margaritaville Casino from the Biloxi Bay Bridge, I had a hard time finding it. Harrah’s Gulf Coast, roughly where the originally announced Margaritaville Casino would have risen from the beach, was easy. Stay on down Beach Blvd. and you’ll pass the dignified home of the Biloxi Yacht Club. The Biloxi Small Craft Harbor is next to the Hard Rock Hotel & Casino, which is next to the Beau Rivage, a beachside replica of the Mirage in Las Vegas.

There is plenty of easy parking next to wide, Chamber of Commerce beaches where piers stretch out into the Mississippi Sound, separated from the Gulf of Mexico by a string of barrier islands that work east from Cat Island near Gulfport to Dauphin Island at the western tip of Mobile Bay.

The Margaritaville Casino wasn’t near any of that.

It was north of everything, a right off Beach Blvd., past low-slung brick houses and wooden structures on stilts. Past scrubby vacant lots and one piled with gravel and other construction materials. I stumbled upon the Palace Hotel and Casino, pulled a U-turn and continued north past a senior living center, and after another right, past a seafood packing company, another vacant lot, and then a boatyard where a dozen or so boats sat dry on blocks, blistering under the afternoon sun.

I pulled to a stop next to the parking lot and got out. It was quiet. In the distance to the south, Harrah’s Gulf Coast rose above another vacant lot. To the north sat a skyline of grain silos, scruffy palm trees. Nothing was moving down on the docks. Nothing was moving anywhere. The parking lot was empty. But for a lone compass rose, the building had been stripped of its markings. At the end of that road, I ran into the shell of the Margaritaville Casino.

It closed on September 16, 2014 when MBV Holdings LLC filed for Chapter 11 bankruptcy protection—hours before a court hearing in which its landlord, Clay Point LLC, was going to request control of the property because MBV owed $3.8 million in rent. Plus $500,000 in taxes Clay Point had to step up and pay. Court records filed that summer suggested MVB hadn’t ever paid rent. On the other hand, they made it more than two years without paying rent. That’s some kind of an accomplishment.

In 2012, an employee fell from a fish hook-shaped swing during a routine in which she was slide down a volcano into a large blender. The woman—the “Biloxi Cutie”—in the show, was held overnight at the hospital for observation and a spokesperson said it was the first time anyone had fallen from the hook.

Otherwise, it was just another casino project that didn’t work out. The funding for 250 hotel rooms never materialized, and without it, the numbers didn’t work. Buffett’s Margaritaville Enterprises was simply licensing the name to MVB and was listed among the creditors. MBV owed $56,000. Deals come. Deals go.

“We’ve been lucky enough to be doing fairly well at this phony-baloney job,” Buffett said during a two-song 2007 gig to announce a different, $1 billion Margaritaville Casino project, one that never quite got off the ground. “I just always thought that people needed a few hours to get away from the real world, and since that was what Biloxi was to me, I just find it kind of an amazing full-circle experience to be coming back here.”

The gates into the parking lot were locked. There was nothing but silence and stillness. I finally saw something move, from near the entrance of the casino. Seconds later a sparkling red SUV pulled up. It door opened and out stepped a very large man in a bright yellow T-shirt. By the basic math of Margaritaville, bright yellow shirts are welcoming. Bright shirts usually have beer. Bright shirts mean fun. Fun means happy. Happy means safe.

This gentleman looked … unhappy. He looked like he’d toss my rental car into the bay just to enjoy the splash, but only after folding me like a map into the glove box. A glance at his biceps suggested he had the means, too.

“Just looking for Margaritaville,” I said, smiling. Friendly-like. No trouble to anyone.

P.S. Since I wrote this, and since I last visited Biloxi, a new Margaritaville has opened, on the water, without a casino, and with a waterslide. I hear the Margaritaville Resort Biloxi is doing quite well.

A Good Life All the Way, jimmy buffett, music, on the road again, Uncategorized